Why Versatility is a Core Value at Cannon Quality Group
August 14, 2018

Note: This is the first in a series of employee-penned blog posts focused on Cannon Quality Group’s Core Values, known as “VITAL.”

As a veteran of the medical device industry and having worked at numerous organizations throughout my career, I have seen many attempts at instituting some defined set of corporate values. In the best case I can remember, I’m not even sure we had the company values written down, but everyone knew what they were because that’s how we rolled, that’s what was praised, that’s what our CEO lived by example.

In one of the cases at the other end of the spectrum, I worked for a large medical device company that spent a million dollars on outside consultants to try to impose a company culture from above. Great for the consultants, but didn’t work out so well for the organization.

So when I interviewed at Cannon Quality Group in the fall of 2017, I learned about Cannon’s core values, known by the acronym VITAL, for Versatility, Integrity, Teamwork, Accountability, and Life-Work Balance.

Today I’m kicking off a new series on our company values by highlighting the first, Versatility. It was apparent to me in the first weeks on the job why this is on the list of core company values.

First of all, we’re a relatively small shop of just under 30 people. We simply can’t replicate all the functions of a larger company on a full time employee scale. At Cannon Quality Group, virtually any employee can find themselves doing virtually anything that needs doing. We don’t have the luxury of throwing something over the wall and staying cocooned in a defined set of skills.

Maybe because of that, we’ve adopted a system for organizational governance called Holacracy.  Most of us don’t have titles or rank in a traditional sense, and instead of that we have roles, and not just one! Roles are created based on what needs to get done, and someone who is interested in developing themselves in that direction can lean in and take on another new role, often somewhat far afield from their formal education or experience.

Similarly, our excellent staff of quality professionals is also a model of versatility. Our engineers are constantly acquiring new skills and qualifications within the quality assurance universe in order to be able to take on the diverse range of tasks and assignments that clients bring to us.  To quote an insurance commercial, “we know a lot because we’ve seen a lot.”

Our dedication to great client service means we don’t let things dangle while the responsible employee is out on vacation or other type of leave. We’re constantly getting each other up to speed on what we’re doing so coverage is consistent and response time is quick even while one of us is out of the office.

In just the last months, I’ve been involved in a committee on hiring and retention, as well as website content development, commercial real estate, company events and more, in addition to what I think of as my official duties. Every day is a learning opportunity, and we are all both students and teachers. At Cannon Quality Group, versatility is a value ingrained by daily action, not just a plaque on the wall. 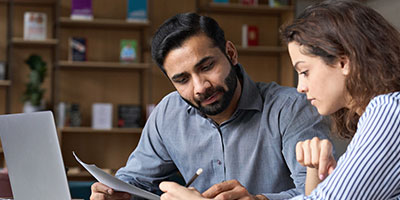